Children and young people in North East Lincolnshire will benefit from a new service supporting their mental health and emotional wellbeing.

Young Minds Matter will provide a proactive approach to emotional wellbeing and mental health of children and young people. The service has been improved based on feedback from service users, their parents, carers and professionals who said that more help is needed early to support young people’s wellbeing and prevent them from developing serious problems in adult life.

Local children and young people were involved in the naming of the new service and Young Minds Matter was chosen as a result of a competition won by a student from Phoenix Park Academy in Grimsby. She was presented with her certificate of recognition and an award by Councillor Ron Shepherd, Mayor of North East Lincolnshire. 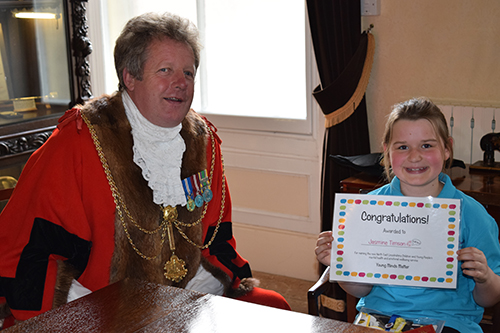