We understand that moving from CAMHS to Adult Mental Health Services can be a difficult and scary time due to not knowing what to expect.

Hopefully this page will help you calm any worries or queries you may have. 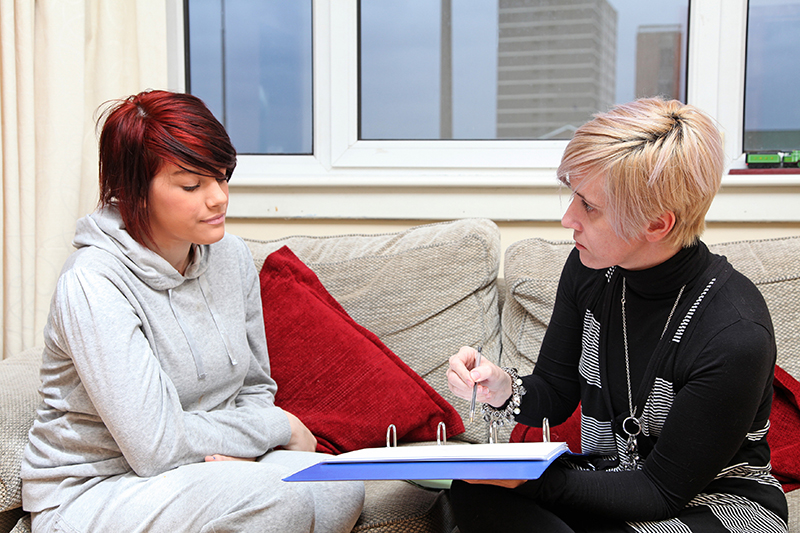 Your CAMHS Lead Professional will discuss with you around 6 months before you turn 18 whether it would be beneficial for you to transition to adult mental health services.

Your CAMHS Lead Professinal will then speak to Adult Services to determine whether they have a service that would suit your needs.

If it is agreed with you that you need further support from Adult Mental Health Services, you will will be allocated a named worker. They will work together with you and your CAMHS Lead Professional to ensure your transition is successful and you know what to expect from the service that will be seeing you.

You will  work together to agree a 'Transition Plan' where you will have an opportunity to identify your goals between now and at the period when you will transition. This Transition plan is your opportunity to have your say about what you would like from professionals and how they can support you during this time of change.

If at any point you feel like you have achieved your goals and you and your CAMHS Lead Professional agree you no longer require input from CAMHS or AMHS, you will be discharged back to the care of your GP.

We understand that transitioning to Adult Mental Health Services from CAMHS can be a really challenging time.

The Adult Clinical Psychology service is a secondary mental health care service that works alongside steps2change and the Community Mental Health Teams.  In the main referrals are taken from teams within the Trust.  Service users are referred because of the complex and enduring nature of their mental health difficulties.

The service provides county-wide psychological assessments and interventions at a range of different locations. The team comprises of clinical psychologists, a cognitive behaviour specialist and a cognitive analytical therapist. Their aim is to provide evidence-based interventions to service users who will benefit from them.  Therapeutic approaches offered include extended cognitive behavioural therapy (CBT), eye movement desensitisation and reprocessing (EMDR).

Visit the Adult Clinical Psychology page to find out more

If you or someone you know is experiencing a mental health crisis and is at risk of having to go to hospital because of it, our crisis resolution and home treatment team can try and prevent this happening.

The team provide help and support (in the least restrictive environment) for people going through a serious mental health crisis.

Visit our Crisis Resolution and Home Treatment team page to find out more.

Steps2change accept referrals from people aged 16 or over. There is no upper age limit.

Visit our Steps2Change page to find out more

This team provides a county-wide service for both men and women over the age of 16, who need help, support and treatment for an eating disorder such as Anorexia Nervosa and Bulimia Nervosa.

Visit our Adult eating disorder servicepage to find out more

Acute inpatient services supports people who are experiencing a severe, short term episode of mental illness. You will only be admitted onto an inpatient ward if you are experiencing serious mental distress which can’t be dealt with by a community service.

Visit our Rehabilitation Inpatient service page to find out more

The service will work with adults over 18 who have a diagnosis of learning disability and associated physical and/or mental health needs who are registered with a Lincolnshire GP. The teams provide specialist interventions to people with a learning disability in order to:

When you are making the move from CAMHS to AHMS it could also be helpful to look at other community resources that could support and aid your recovery. Some ideas are listed below

Through offering a range of courses aimed at helping you feel more hopeful and in control of your life, the Recovery College  use an educational based approach to help people recognise and develop their personal resourcefulness and awareness in order to become experts in their self-care,  and do the things they want to in life.

All  courses are co-designed and co-delivered by experts with lived experience of mental ill health, peer trainers and expert health professionals. 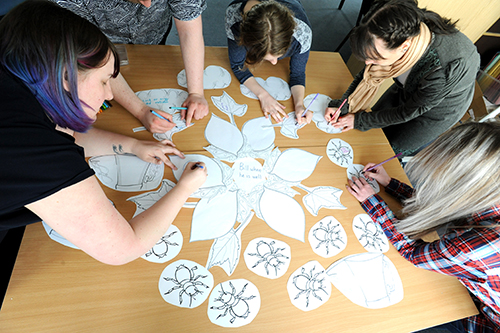 Lincolnshire’s Managed Care Network for mental health aims to help people who have already experienced mental health problems, or who are having their first experience of mental illness.

Groups and organisations across the county provide a variety of activities including social and friendship groups, formal and informal learning, supported volunteering and community participation activities.

Visit our Managed Care Network page to find out more

Me and my Transition- Darcey's story

Though transition will always pose challenges, read Darcey's story (19 years) below to get some insight in how service can work together to make things easier for you, and the importance of telling people what you need to make this experience as smooth as possible.

As someone who was under the CAMHS team for many years on and off, I began to get nervous about the possibility of transitioning into adult services when I got to the age of 16. I still felt I would be needing support for a while yet and knew that that could lead to me being transferred into CMHT (Community Mental Health Team).

In late 2017, I was admitted to Ash Villa for more support with my mental health difficulties. With my 18th birthday only a few months away, it was inevitable that I would be making the transition into adult mental health services. Initially this didn’t really bother me, I thought “Well, I’ve done CAMHS for years, it’ll be the same.” When I met my new Care Coordinator, it became more of a reality. My Care Coordinator was very upfront from the beginning and due to my being discharged only a few months before my 18th, she explained that I would have to transition into adult teams.

We began working together after discharge and she was fantastic at supporting and empowering me to feel okay about moving on from CAMHS. She reassured me that this wasn’t a negative thing and that I had worked so hard to get here, and not to see it as a failure.

When it got to the time I would need to be moving on, she suggested I meet with my new CPN and herself so there wouldn’t be the anxiety surrounding meeting her for the first time alone. My Care Coordinator organised everything and spoke to me prior to every meeting regarding my wishes and what work I want to do. She made the whole process so easy and less stressful for me, which in turn, made the whole transition so much easier.

I started working with my CPN at the end of April 2018 and we got on really well. I think because I had met her prior to her becoming a huge part in my care and treatment, it wasn’t so daunting. She just felt like another person, not someone to be scared of or anxious around. She listened to everything I had to say and made me feel in control of what was happening – whether that be psychiatrist meetings or what we spoke about in each session. She would take an interest in the work I had done previously with my CAMHS Care Coordinator and ask if this was something I’d like her to do. I was discharged from my CPN in late 2018 and have been without a care team since.

I really do believe that CAMHS were amazing in dealing with my transition into adult services, my Care Coordinator especially. If I hadn’t have had such a smooth transition process, I definitely feel like I could have been under the adult team for a lot longer. Having someone listen to me and represent what I needed and wanted meant I didn’t have to repeat it all upon meeting my CPN. She understood the things that had happened, the work I’d previously done and knew about my history which meant I didn’t have to focus on the negatives, I could start therapeutic work straight away.

My advice would be to be upfront – tell your workers exactly what you want and if you can’t ask yourself, ask if they can express your needs for you. I was anxious about going into adult services, but it’s not a set-back, it’s not a failure, it’s simply the same support in a different building.