LPFT has created a new specialist Traveller community wellbeing link worker role – the first role of its kind in the region.

Lincolnshire Partnership NHS Foundation Trust, which provides mental health services and some learning disability and autism services in the county, has developed this job to help the county’s traveller communities access health and community services.

Michelle Holder, who was appointed in April this year, has been visiting a number of county sites to forge positive relationships with members of the Traveller community, while listening to their concerns and signposting travellers to get the support they need.

Michelle said: “Traditionally, there are many Travellers, particularly in the older male group, who put off seeking help for a medical issue until it is too late.

“However, we are working hard to change that and already we have helped several families access services that they wouldn’t have done without our support.”

Paul Boucher, LTI’s Director, said: “We have been helping to support the Traveller community for over 20 years and we know there is a real need for someone like Michelle.

“I am looking forward to getting to as many sites as possible with Michelle to help educate and support travellers living in Lincolnshire with their health matters.”

The charity has laid lots of foundations over the years, including in Gainsborough, where a Well Woman group has been created that sees members of the local community come together with travellers to develop friendships and discuss personal issues.

Kirsty Mathers (LTI), who supports the group said: “Four men in the last three weeks have asked for help for suicidal thoughts within the Traveller community, which is massive and we have never had that before.”

Ruth Smith, who is a member of the Traveller community, added: “Michelle has been brilliant in helping to get men talking about things and if they need more help. She has been really good at steering them along the right road.” 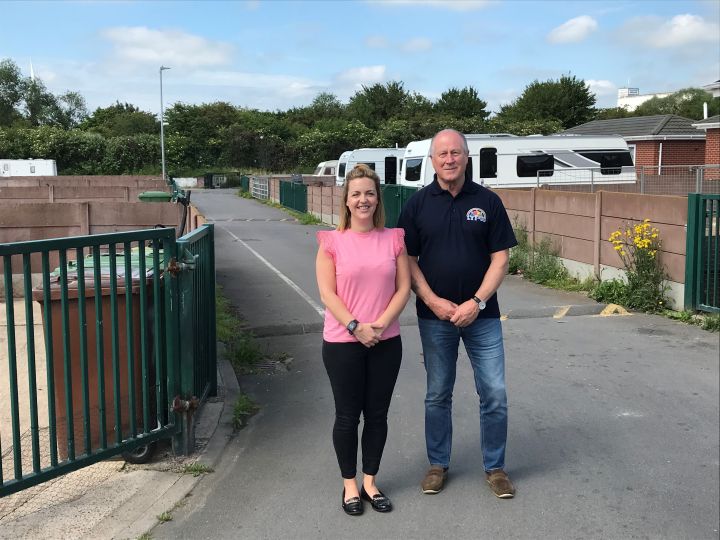